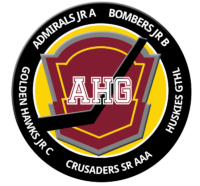 June 17, 2019, BRAMPTON, ON: The Provincial Junior Hockey League (PJHL) has approved the application made by Arsenault Hockey Group (AHG) for the purchase of the Jr C Golden Hawks franchise in Caledon, Ontario. The club will continue to play in the Provincial Junior Hockey League (PJHL) effective for the 2019-2020 season and remain playing in the Caledon East Arena. The PJHL is the third tier of the Ontario Hockey Association and is sanctioned by the Ontario Hockey Federation and Hockey Canada.

The PJHL and OHA’s approval of the sale of the Caledon Golden Hawks Jr C franchise comes with exciting vision for AHG President David Arsenault who also owns the Brampton Admirals Jr A and Brampton Bombers Jr B franchises that currently play out of the Brampton Memorial Arena. With the addition of the tier three team from close by, Caledon, Ontario, this makes AHG Hockey Group one of the only organizations in Canada with tiers, one, two and three under the same umbrella and in close proximity to one another.

David Arsenault President of AHG Hockey says; “AHG is expanding with the acquisition of the Caledon Golden Hawks jr C hockey club and that this is another piece in the AHG mandate of providing a vertical affiliation for hockey players aged 16 to 21”. David added, “We are the only entity in Canada which provides the ability for this vertical movement from the jr A, jr B and jr C levels.”

“We would like to thank Mark Perry and Jake McIntyre for their dedication to bringing the Golden Hawks from inception to where they are today” says David Arsenault.

“I am very happy to reunite with one of the best hockey people I have dealt with in the past with Robin Inscoe. Robin’s dedication to the various aspects of junior hockey are unmatched and I am excited to have him as the Director of Hockey Operations for the Golden Hawks franchise” says AHG President David Arsenault.

“We are also pleased to have GM Sandy Bell and head coach Stan Kondratus staying on with the hockey team to ensure a seamless transition”. “We look forward to working with Sandy and Stan” and the town of Caledon and their staff this season” says David.

“It’s great to be back working with David and his AHG team and help them develop a junior hockey model that is much different than the junior hockey community has seen in the past” stated Director of Hockey Operations, Robin Inscoe. Robin adds; “It is our hope that players will be able start and finish their junior hockey careers in one organization, allowing them to develop and move up the ranks at their own pace, whether it be from the PJHL to the GOJHL or GOJHL to OJHL and even in some cases from the PJHL to the OJHL.”

“The acquisition of Caledon completes the model chain and I look forward to working with GM Sandy bell and Coach Stan Kondrotas and the Golden Hawks. I believe that the AHG team has the people in place to support Caledon in the areas that are needed, to help with scouting, sponsorship and marketing strategies, helping make them a force to be reckoned with in the Caruthers Division year after year.” says Inscoe.

This error message is only visible to WordPress admins 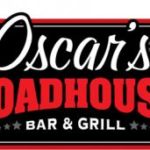